There's a tonne of wedding advice magazines and websites out there, and a lot of the time they offer some great tips. One tip that's been popular over the last couple of years, advice that some couples have actually followed, isn't so good though. The idea of replacing a live band or a DJ at your wedding reception with an iPod to save a few bucks.

There are plenty of good reasons why it's a rotten idea, but I'm sure you'll also find people who disagree for their own reasons.
Here though are a few of the biggest problems with the idea of having Steve Jobs' baby entertain your guests.

Coming Up with the Playlist

For the guys and gals who play at weddings for a living, brainstorming a great set list or playlist is all just a part of the job, but easy it isn't! At the average wedding reception you have guests ranging in age from five to about ninety and coming up with several hours of music that will be entertaining while also not causing mental trauma to the kiddies and Grandma really is something of an art and not easy for an amateur to assemble, especially when you have 1,001 other things to organise.

So let’s say, having realised that the whole playlist thing isn't easy, you go looking for a mix on iTunes. You can, they are there. But they're:

For example, one very popular playlist contains 40 songs at a $1.29 each, that's over $50 and you probably still won't have enough music. And it contains songs like Patsy Cline's 'Never no More'. If you are not familiar with it, it’s about a heartbroken woman ready to love again. Sweet, but not exactly great stuff for a joyful wedding celebration, proving that this whole wedding music stuff is hard. 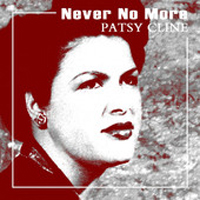 Trying to save some cash on your wedding is understandable, it really is, but there are certain things that guests expect at a wedding. They expect that the bride will look beautiful, they expect to sniffle a bit and they certainly expect to be well fed and entertained. Using an iPod instead of live entertainment to save money though is a bit like deciding to serve everyone meat pies and Vegemite sandwiches to conserve cash - it's cheap and tacky and half of your guests will be gossiping about it for months (maybe even years) to come.

The Put upon Volunteer

All of the articles that advocate the use of an iPod make a point of saying that you do have to find a willing volunteer to supervise everything. And that person should know how to work a decent sound system. And you'll need to make your volunteer responsible for scrabbling through the darn thing to find the song you picked out to signal the toasts etc and charging it so that it does not suddenly stop and, and, and.. And just who are you going to get to do this? Being invited to a wedding just so you can play unpaid DJ for the day seems like a pretty rough deal to us, even if you throw in free food and drinks. 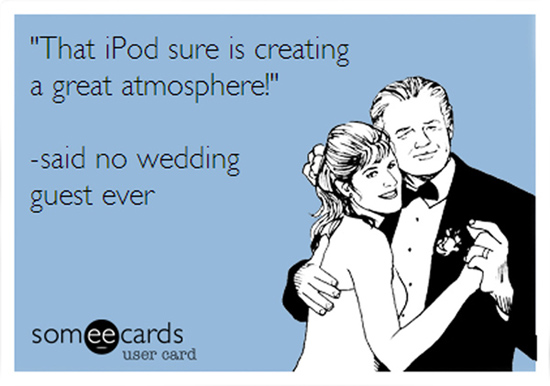 For all that the iPod can do it lacks a personality, have you ever listened to Siri??
So you are going to lose all these skills that an entertainer brings and things are likely to become a real snoozefest that will have your guests excusing themselves way earlier than you planned.

If you want to save money on your wedding there are better ways to do it than replacing a real live band or DJ with a bit of plastic and microchip that does not even understand the importance of your wedding, let alone know how to entertain your guests!

Are you ready to cross "book a wedding entertainer" off your to-do list?